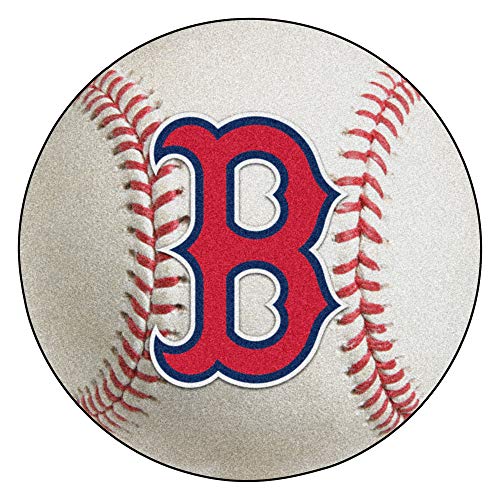 For all those baseball fans out there! A true fan's room would not be complete without the addition of a Fanmat, so show your team loyalty with the MLB Baseball Mat! Perfect for any room or office. Officially licensed. 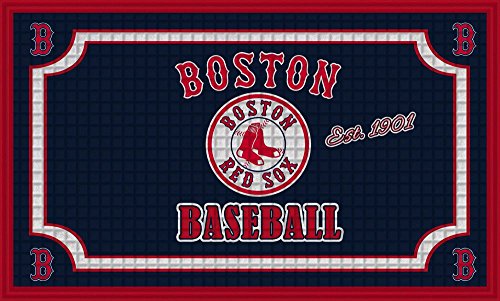 This Boston Red Sox doormat is a welcome addition to your home, greeting your friends, family and fans alike. This embossed mat is made of outdoor safe polypropylene with a recycled rubber backing to make sure it stays safely in place on your porch. The ridges and grooves of the mat make it easy to trap dirt before it enters your house and the thick material absorbs moisture, making it extremely durable and weather resistant. The design features a fully licensed team logo and coordinating colors. Measuring 18 inches wide and 30 inches long, this mat is recommended for year-round, outdoor use. 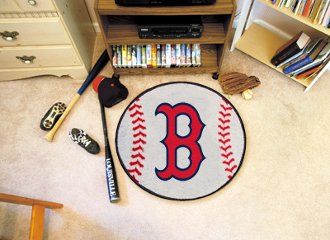 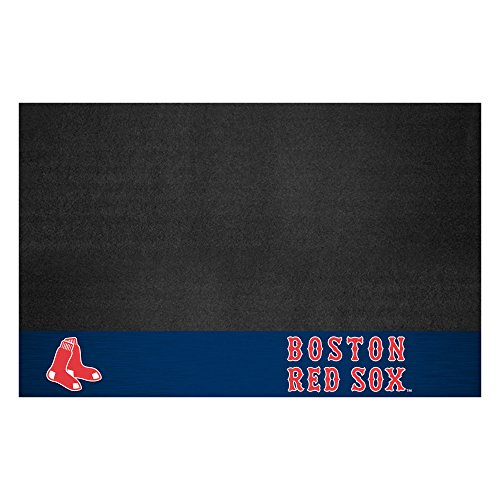 Protect your deck or patio while displaying your favorite team. These 100 percent vinyl grill mats are a universal fit to most grills, prevents spills from soaking in and staining, and cleans up easily with a garden hose. 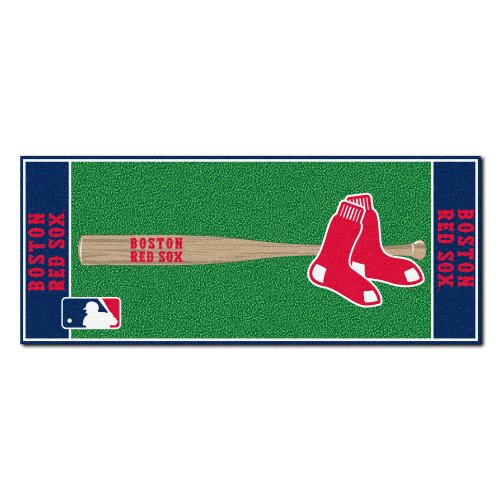 Make a lasting impression on your guests with the Fanmats runner with your favorite baseball team's logo will. Made in USA. 100 percent nylon carpet and non-skid recycled vinyl backing. Machine washable. Officially licensed. Chromojet printed in true team colors. 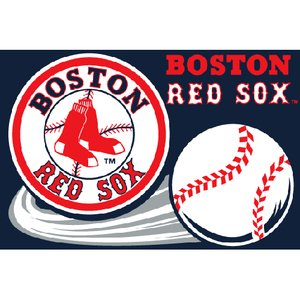 1MLB/33300/0004/RET MLB Team: Boston Red Sox Durable and attractive; these tufted acrylic rugs are made of tough acrylic material with a non-slip foam rubber backing. The 20”x30” rug is even suitable for machine washing! They feature your team’s logo printed in vivid color. Perfect as an accent rug, utility mat, or even a wall hanging. No true fan should be without one. 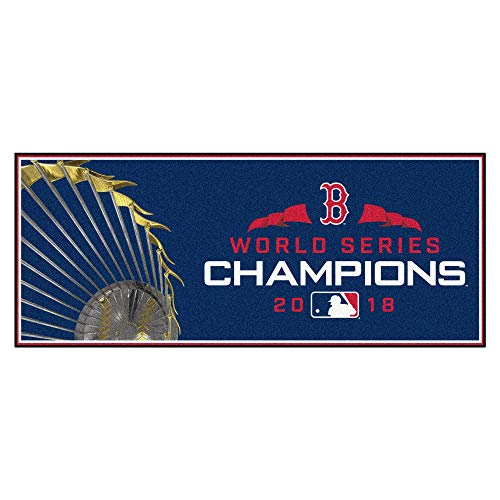 Baseball runner Rugs are a great way to make a statement and show off your team pride. Made in the U.S.A. With 100% nylon carpet in true colors and non-skid recycled vinyl backing. Can be placed on any floor type. Machine washable; vacuum regularly and spot clean for any easy and quick clean. 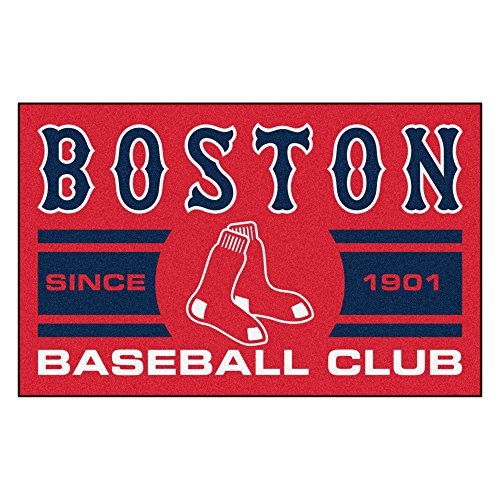 Decorate your home or office with area rugs by FANMATS. Made in U.S.A. 100 percent nylon carpet and non-skid recycled vinyl backing. Officially licensed and chromojet printed in true team colors. 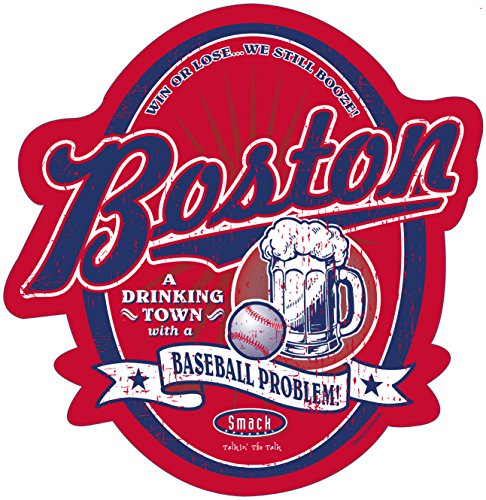 If you're a Boston baseball fan then you know what we're talking about. Sipping on an adult beverage inside the ballpark is all you need! We know our baseball and we know how to throw a party. 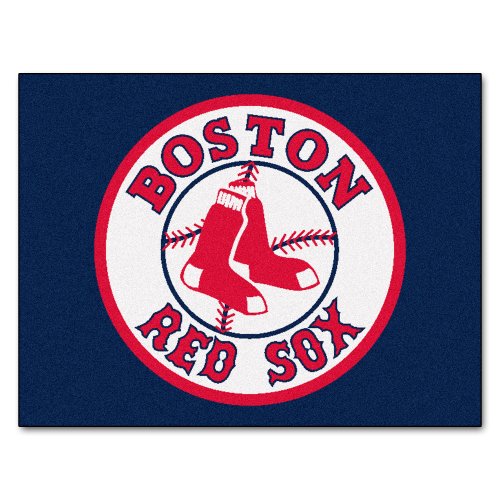 The 1949 American League championship was decided in the final game of the season. Boston versus New York. Williams, DiMaggio, Berra and Stengel. Game called by Mel Allen.