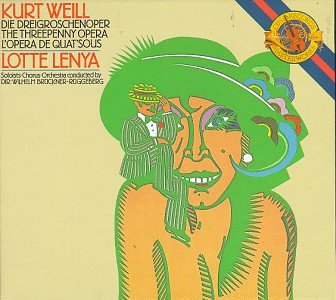 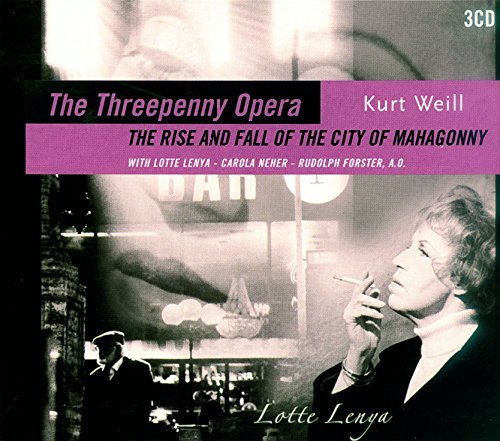 The Threepenny Opera:Kurt Weill by The Three Penny 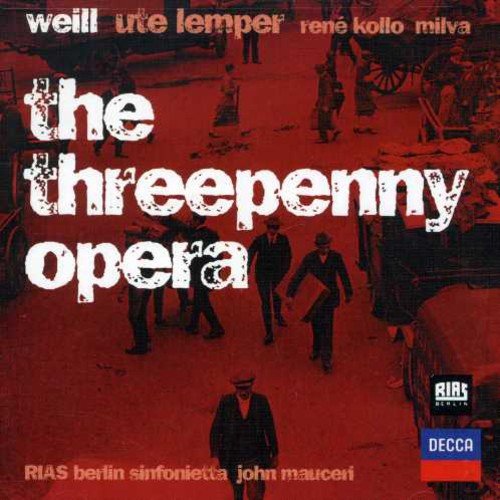 The son of a cantor, Kurt Weill was one of the 20th-century lyric stage's great innovative geniuses. With Die Dreigroschenoper, he and collaborator Bertolt Brecht (and Brecht's often unacknowledged partner Elisabeth Hauptmann) created a cultural landmark that is still the most resonant emblem of the heady days of the Weimar Republic. Although Brecht has usually taken the limelight for his acerbic social satire of bourgeois complacency--adapting the 18th-century John Gay's original Threepenny Opera, itself a parody of operatic conventions--Weill's sly amalgam of jazz, cabaret, and art song idioms vividly colors the work as one unforgettable number follows the next. While Brückner-Rüggeberg's 1958 recording has long held pride of place due to the authority of Lotte Lenya--Weill's original Jenny and lifelong muse--this 1990 release is a strong competitor and perhaps an even better introduction to the work. John Mauceri, a passionate advocate of Weill's less well-known works for the Broadway stage, achieves a tight sense of ensemble from the composer's iconoclastic scoring and gives the abrupt transitions of the piece a highly effective, jagged-edged quality. The spoken part of the text is drastically cut, and on the issue of which musical direction to pursue--operatic technique or... 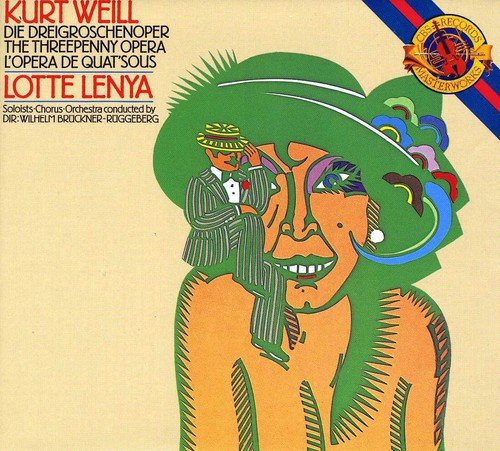 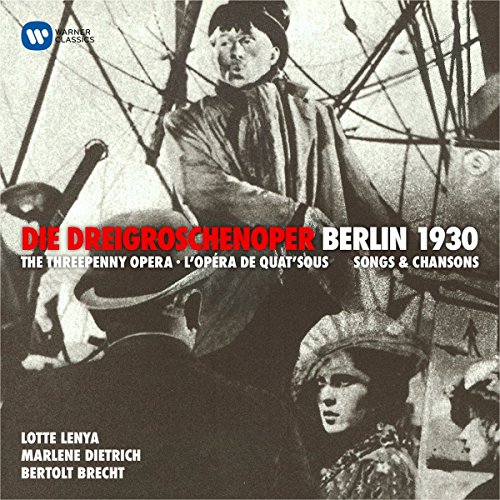 Die Dreigroschenoper – or Threepenny Opera– epitomises the heady, but turbulent years of the Weimar Republic. Bertolt Brecht’s biting satire and Kurt Weill’s insistent, insinuating melodies remain as compelling today as they were at the work’s premiere in 1928. This landmark recording was made just two years later. Among its stars is Lotte Lenya, who had married Weill in 1926 and became synonymous with his music. This disc also features numbers from Brecht and Weill’sMahagonnyand songs by their contemporaries – with the young Marlene Dietrich among the performers. 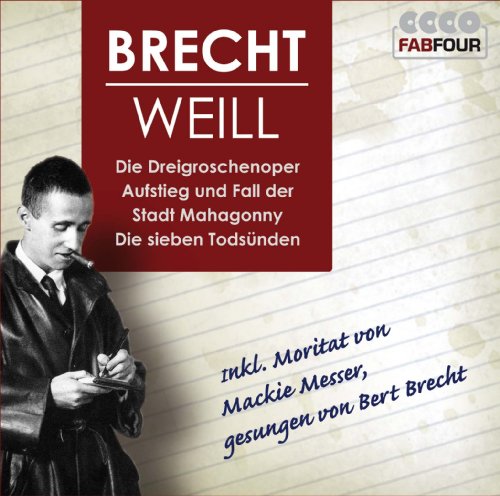 The Greatest Musical Works of Brecht and Weill:

This re-packaged reissued 4CD set presents a collection of classic recordings of the music by Kurt Weill set to texts by Berthold Brecht. It includes excerpts from a 1930s performance of The Threepenny Opera, and recordings from 1956 of "The Rise and Fall of the City of Mahagonny" and "The Seven Deadly Sins". Featured artists include the legendary Lotte Lenya and Berthold Brecht himself, who can be heard performing two songs in a series of bonus tracks on the first disc. Personnel: North German Radio Orchestra & Chorus, Hamburg Symphony Orchestra, Brckner-Rggeberg (conductor), Lotte Lenya, Bert Brecht (vocals, Disc 1, 13-17) Cast: Lotte Lenya, Kurt Gerron, Willy Trenk-Trebitsch, Erika Helmke, Erich Ponto, Heinz Sauerbaum, Gisela Litz, Peter Markwort and others 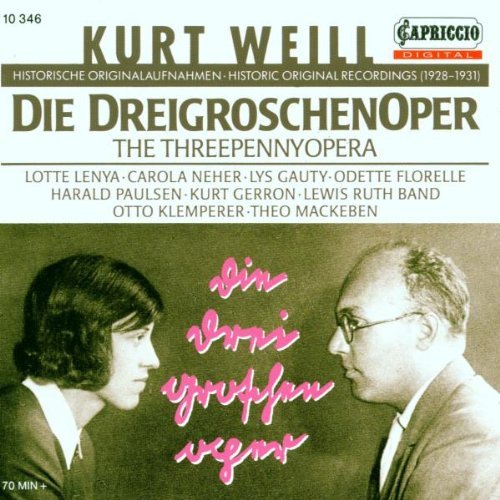 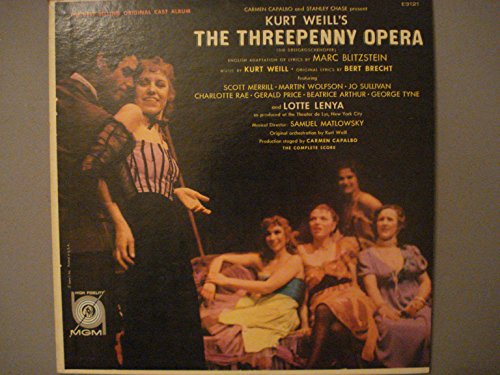 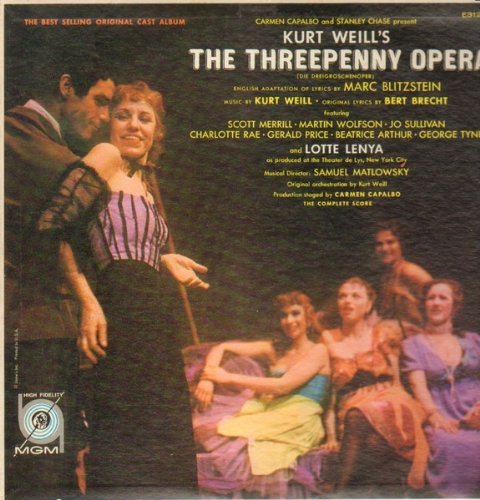 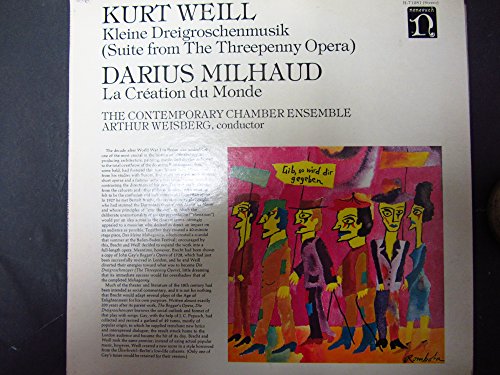 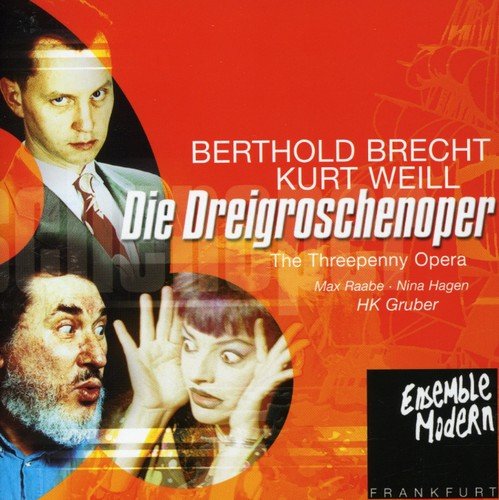 The Threepenny Opera is Kurt Weill's most popular work. Its signature song, "Mack the Knife," is a cultural artifact, sung and played in virtually all musical genres. Many of us are permanently imprinted with Lotte Lenya's Sony recording of the opera, so redolent of the decadent, world-weary spirit of the Weimar Republic. This new recording misses some of that spirit but has other, compensating virtues. One is the restoration of the original score in the new Kurt Weill Edition that uses the original instrumentation, adds or deletes numbers, and includes Bertolt Brecht's plot summaries prepared for a 1940 concert version. Other pluses include Max Raabe's oddly sympathetic Macheath and H.K. Gruber's Mr. Peachum, both well-sung characterizations, and Ensemble Modern's virtuoso performance, full of drive and enthusiasm. The sound is wide-ranging and impactful. With one exception, the rest of the cast ranges from good to acceptable. But punk rocker Nina Hagen's Mrs. Peachum is truly awful, with cackles and shrieks galore--a monumental piece of miscasting. So while this recording cannot displace the Lenya version, it's a welcome supplement, adding new dimensions to a familiar and beloved work. --Dan Davis 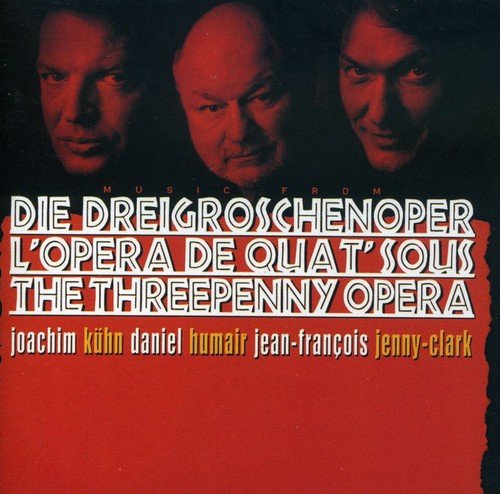 When pianist/composer Joachim Kuhn saw (and heard) Kurt Weill's Threepenny Opera performed at the Deutsche's Theater over 30 years ago, he was so struck with the power of the music, that he decided to record some of those songs for a German radio program in 1965. 30 years later, the now legendary trio of Kuhn, drummer Daniel Humair and bassist Jean-Francois join forces on their Verve debut to reinterpret and explore the depth of Kurt Weill's provocative musical invention. 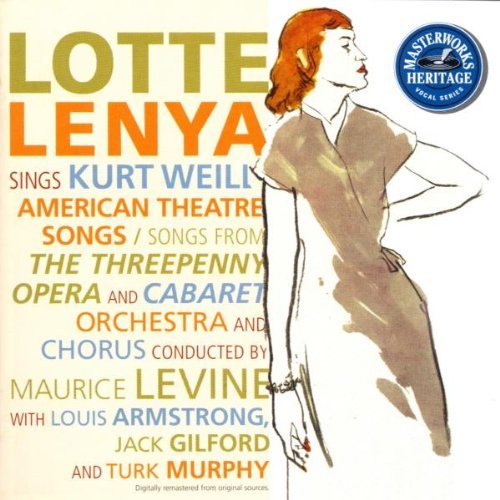 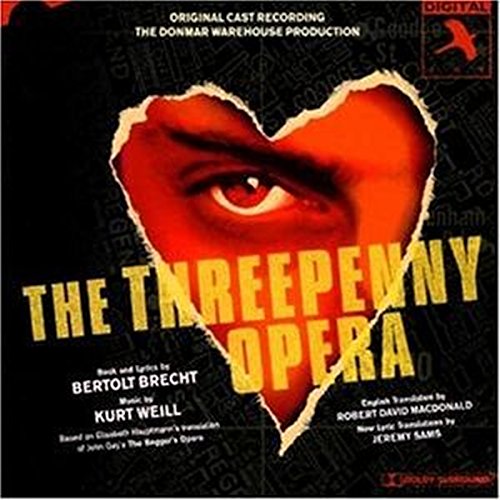 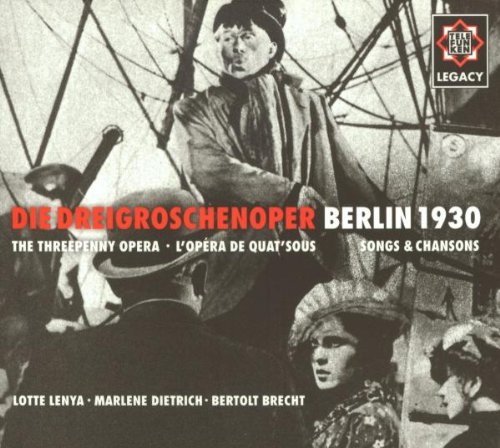 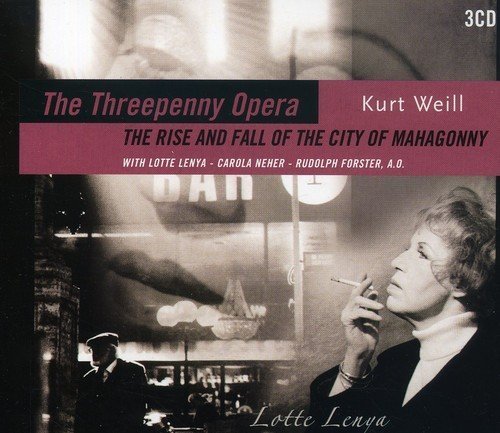 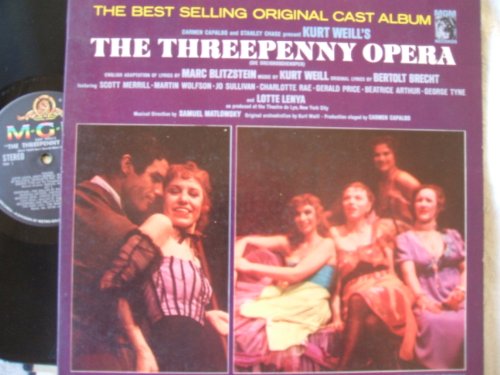 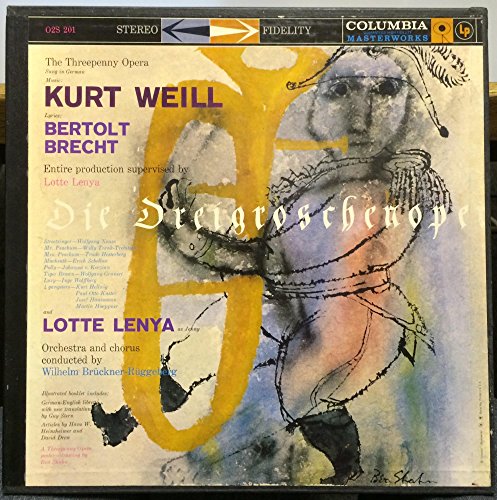 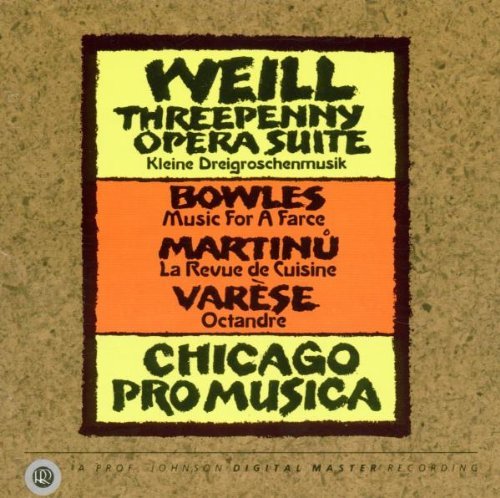 Kurt Julian Weill (March 2, 1900 – April 3, 1950) was a German composer, active from the 1920s in his native country, and in his later years in the United States. He was a leading composer for the stage who was best known for his fruitful collaborations with Bertolt Brecht. With Brecht, he develo...